The following excerpt is from my second novel Reconciliations, published by Oak Tara in November 2011.  I hope you enjoy it.

If you would like to read a longer sample, please email me at susan@susaneball.com.   Reconciliations is available on Amazon and Christian Book Distributors. 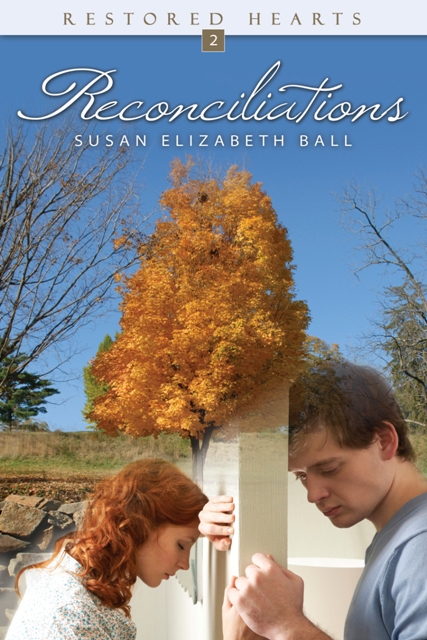 Josh took a deep breath. “If Christine were in trouble, would you help her?”

Kevin stopped chewing and swallowed hard. “Why would you ask something like that?”

“Just answer the question. Would you help her if she needed you?”

“If you mean financial trouble, no way. Absolutely not. I was more than generous with her in the divorce. If she can’t handle her money, that’s her problem.” Kevin had been blindsided when Christine left him. It had taken him a long time to get over the hurt, and he had no intention of allowing her to hurt him again. And he was certain she would, if he got involved in her life.

Josh shook his head. “No, I mean if she were in real trouble and had no one else to turn to. Suppose she was in a bad relationship with a creep who treated her bad. Would you help her get out of it?”

Josh had Kevin’s full attention now. “You’re not just supposing, are you?” Although Kevin tried desperately to sound nonchalant, he was dismayed by the concern he felt for Christine’s well-being. “You know something. What’s happening with Christine?”

“I saw her the other day.” Josh dropped his voice and scanned the restaurant, as if afraid someone might overhear them. Kevin recognized Josh’s mannerism—he acted like this whenever he was about to tell Kevin something he’d rather not have to say. “Lisa and I were shopping, and we ran into her. She was with a guy—Larry something or other. She said they’re living together.”

Kevin scowled. “Of course she is. Christine has always been able to find a man to take care of her, at least for a little while. Unfortunately she usually picks losers. He’s probably the next guy in a long line of losers.”

“She seemed skittish, like she was in a hurry to get away. And she kept tugging at her sleeve, pulling it down to make sure her forearm was covered. When she raised her hand to wave good-bye, her sleeve fell back, and I saw a large bruise on her arm.”

“Maybe she bumped into something. Christine’s clumsy. She was always banging into the dresser or the bed post and getting bruised.” Kevin didn’t think a little bruise was anything to be concerned about.

“No,” Josh shook his head adamantly. “It looked like someone, I assume Larry, had grabbed her hard. I saw impressions of fingers on her arm.”

Kevin was alarmed, but there was no way he was getting involved in Christine’s domestic problems. “Christine’s a big girl,” he said flatly. “She can take care of herself. If this guy isn’t treating her right, she can move out.”

“Yeah, I guess.” But Josh didn’t seem convinced. “Thought you should know. That’s all.”

“I appreciate your concern, but I’m sure Christine will be fine.”

Despite Kevin’s assertion that Christine was no longer part of his life and none of his concern, he couldn’t stop thinking about her. She’d hurt him deeply when she left him after he caught her with another man. His pain was increased when he learned she’d been involved with two other men during the final months of their eleven-year marriage. Since their breakup, Kevin had one serious girlfriend while Christine had, according to the rumors, gone from one bad relationship to another. She was showing her true colors, and Kevin told himself he was glad to be rid of her. Yet the thought of some guy manhandling her disturbed him more than a little.

Kevin knew Christine Miller was a wild child the moment he laid his eyes on her. That had been part of the attraction.