Jesus told the parable of the prodigal son in the book of Luke.  This parable often used to illustrate God’s amazing love and grace towards His children.  However, it is a story that can teach us some important financial principles.  A synopsis of the story is below, and you can read the complete story in Luke 15:11 – 32.

The story begins as, “There was a man who had two sons.  The younger one said to his father, ‘Father, give me my share of the estate.’ So he divided his property between them.”

The son left home and engaged in wild living.  He blew through his inheritance quickly.  About the time he ran out of money, a severe famine struck the country.  The son found himself without friends and in need of a job.  The only job he was able to get was feeding pigs. 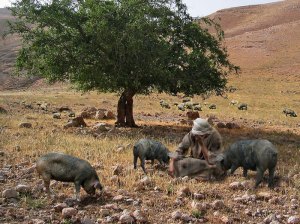 Eventually the son became so desperate that he decided to return home and throw himself on his father’s mercy.  The father rejoiced to have his errant son home and threw a feast to celebrate.  The older brother became angry and refused to join in the celebration.  His father explained that he had to celebrate the younger son’s return and that the older son was entitled to anything that belongs to the father, all he had to do was ask.

From a financial point of view, this story illustrates the following principles:

1) Money was not the answer to the prodigal son’s problems and it is never the solutions to our problems.  We do need money to buy the things we need, but money will not make us a better person or bring lasting happiness.

2) Sometimes the Father gives us what we demand, even when it is not in our best interest.  I do not imagine the conversation between the father and the younger son requesting money to be a calm, cordial dialogue.  Rather, I envision a son pestering his father for weeks or months to give him his share.  Although the father does not think it is in his son’s best interest, eventually he gives in to his son’s demands.  We like to think that God only gives us what is good for us; however, the Bible clearly states that God gave in to Israel’s desire for a king.  God warned the Israelites that a king would oppress and tax them, yet they were undeterred in their demands.  God yielded to their demands and allowed them to learn for themselves that God’s plans are the best plans.

3) Wealth that is not earned is not appreciated.  The younger son did not value the money his father gave him because he didn’t work for it.  It didn’t cost him many hours of labor, so he thought little of wasting it on frivolities.

4) You cannot buy true friends.  Friends that like you for your money will scatter when the money is gone.  Unfortunately, many celebrities have had to learn this lesson the hard way.

5) All that the Father has He shares with His children.  If you are a child of God, all the riches of Heaven are available to you. This doesn’t mean that God is going to give them to you (reread point 2).  It does mean, however, that you should make your needs known to God and ask Him to meet them.  God does take care of His children.

Have you ever greatly desired something and obtained it, only to find out that it didn’t live up to your expectations?

One thought on “Honoring God With Our Money: Lessons from the Prodigal Son”